The majority of the world’s poor, especially those in developing countries, live in rural areas. Most of them rely on agriculture as the primary means of income; many of them are subsistence farmers, and their agricultural produce is also the primary source of food for their households. These smallholder farmers own small plots of land—typically 1 hectare—and struggle to produce enough feed their families, let alone sell it to earn a decent living.

In sub-Saharan Africa, average yield of staple grains like maize (corn) is one-quarter that in North America. This is caused by the lack of farming inputs like irrigation, fertilizer, and mechanisms to control weeds and pests. In addition, limited access to markets, and the absence of local processing capacity means that farmers have to store their entire year’s produce; and the absence of adequate storage facilities leads to substantial post-harvest losses. Many of the same hurdles also impede volume of quality of cash crops such as cocoa and coffee. 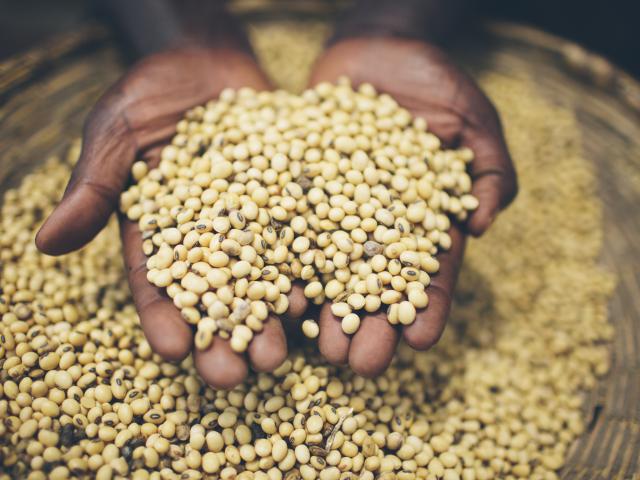 In South Asia, the Asian Green Revolution of the 1960s and 70s, has led to tremendous improvement in food production in targeted parts of the region such as India’s Upper Gangetic Plain. The intensified agricultural practices in these parts of the region—combined with the large population in the region—are leading to significant environmental damage, particularly with respect to the depletion of ground water, and the use of synthetic fertilizers which pollute local waterways. Also, large portions of South Asia have not benefited from the Green Revolution, and face many of the same challenges as their counterparts in sub-Saharan Africa.

Among the poorest billion of their fellow global citizens, almost one-third are chronically undernourished. Food security for the rural poor is difficult despite access to arable land and a long history of employment in agriculture. As small-holder farmers, they cannot afford machinery to access water, enter the market, and store produce.

Though the majority of the so-called “bottom billion” are rural, rapid urban migration has seen a 25% increase in the global urban population in the last 40 years. Urban poverty requires a set of different solutions to address problems such as lack of employment opportunities and assets, homelessness, and few support structures.

They believe that a new generation of farming and workplace technologies will improve the way urban and rural workers earn a living. These tools are required to reduce the physical demand of manual work, improve access to the market, and increase productivity. In addition, this new generation of technologies will catalyze the creation of an ecosystem for production, distribution and maintenance of those products.