While you could be mistaken for believing that gambling is only for the rich and those with some discretionary spending money available, the rate of gambling in poor neighborhoods is more than twice the rate as experienced neighborhoods with very low poverty levels. It appears there is a direct correlation between the prevalence of problem gambling and the socio-economic level of neighborhoods, with gambling problems increasing as the level of poverty of the neighborhood increases. 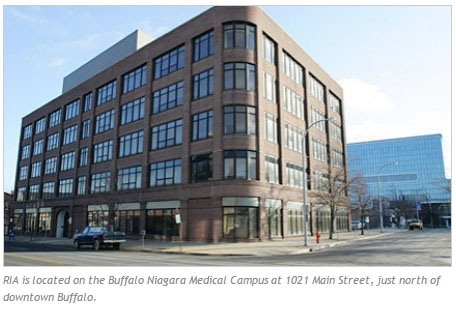 The following resultant information came out of a study conducted by the University at Buffalo Research Institute on Addictions (RIA) in Buffalo, New York, U.S.A., with 5000 participants aged 14 to 90. Each of the participants was interviewed via telephone by a study representative. RIA is recognized as a national leader in the study of abuse issues, including alcohol, substances and gambling.

Those unable to find employment and/or on social assistance and living in poverty seemed to not only be at higher risk of becoming gamblers but have more serious gambling problems, including addiction. Being financially disadvantaged seems to cause people to risk what little money they have available to them in hopes of turning it into a larger sum, thinking that that in turn would improve their financial situation. Sadly, as so often happens, their hopes are not realized and they become worse off than before they gambled. Forms of gambling that were popular with such individuals included sports betting, bingo, dog or horse racing, casinos, lotteries, gambling online, office pools, raffles, as well as many others.

While approximately 5 percent of people living in neighborhoods with low poverty levels would have serious gambling problems, that number jumped to more than 11 percent in very low socio-economic neighborhoods, particularly where poverty was at its worst, with a high rate of unemployed, high numbers of people living on government assistance and generally rundown and filthy surroundings. These factors all had a huge impact on the percentage of people with serious gambling problems. Surprisingly the number of gambling establishments within the neighborhood had little to no impact on the number of people with gambling issues or addiction. 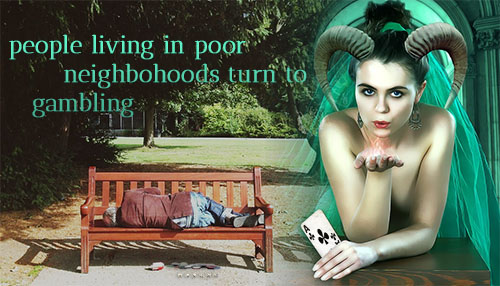 Speculation as to why people living in poor neighborhoods turn to gambling includes such things as lack of financially healthy role models, but desperation factors into it too. When a poor person has a small amount of money available but doesn’t have enough to cover the rent or the utility bill he/she may take a chance and gamble with that money in the hope that they can win enough to cover that bill or make that rent payment. Those that exhibited signs of having a serious gambling problem would gamble with increasing amounts of money, try over and over again to control or stop the gambling but always stumble and fall, and be fixated on opportunities that would lend themselves well to gambling, all typical signs as exhibited by addicts of drugs, alcohol and other addictive behaviors.

The results of this study were published in the Journal of Behavioral Addictions in June 2014.